‘Kikao’ is a Swahili word for a ‘meeting place’. The town of Eldoret was established on the site of ‘Farm 64’ so named for its location 64 miles from the newly built Uganda Railway railhead. This is the inspiration for our name—Kikao64.

Kikao64 is a workplace where professionals, entrepreneurs, non-profits, athletes and start-ups are encouraged to connect, share ideas, grow, and achieve. It is a community of like-minded people.

With that purpose, Kikao64 also offers subsidized spaces for non-profits, athletes, and start-ups in need.

Our space is lined with beautiful artwork and a variety of seating arrangements.

By preserving the charm of our building’s distinctive architecture, Kikao64 has created an inspiring and ecofriendly environment that acknowledges the past and points the way forward.

Kiako64 is located on Kenyatta Street. In precolonial times, Kenyatta Street, the main thoroughfare and one of the few paved roads in Eldoret, was restricted to white settlers. In light of the site’s heartbreaking legacy, it is fitting that Kikao64 be a place for all to connect, share, inspire and achieve.

During British colonial times, the Kikao64 building was owned and operated by George Wennings & Sons, an international tractor dealership.

Some time after independence in 1962, the building was sold and was sold again in 1973. Tractors continued being showcased from the site until recently. In 2019, the process began of retrofitting and restoring the building for Kikao64’s new use. 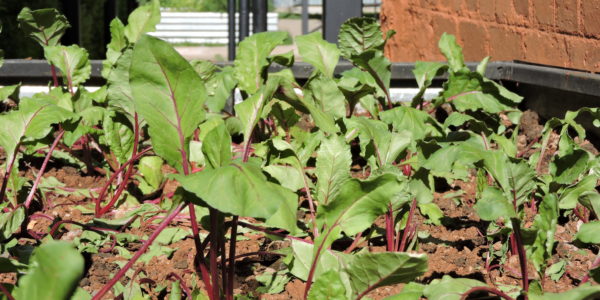 We take a responsible approach to running our business.

A co-working space should be modern and forward-thinking as the people that work within it. It should also help lift up the community around it. With this in mind, Kikao64 is full of modern touches, embraces sustainability, and promotes locally crafted materials.

The minimalistic and straightforward partitions that divide the offices are created from pressed recycled milk cartons. The sound-absorbing phone booths are lined with felt that is made from old clothing and blankets.

The desks themselves are built from recycled pieces of timber and are all constructed locally. The wrought ironwork that adds a unique flair to the offices is all crafted here in Eldoret.

Outside is access to fresh air and a vegetable garden, which is kept healthy and green using natural compost. Sustainability continues with the solar power that provides electricity for room lighting and charging laptops. Even on cloudy days, rainwater is harvested to supply the plumbing.

We are committed to providing a functional space where people can share experiences and feel a sense of belonging in a vibrant community. Our goal is to nurture ideas and foster innovation through collaboration. We manage our operations responsibly and ethically; we embrace clean energy and ensure that your safety and health is enhanced by prioritizing your well-being. Our operations are aligned with the following UN Sustainable Development Goals.

Partnerships for
the Goals

Grab a delicious coffee beverage or pastry at our café.

Your cart is empty